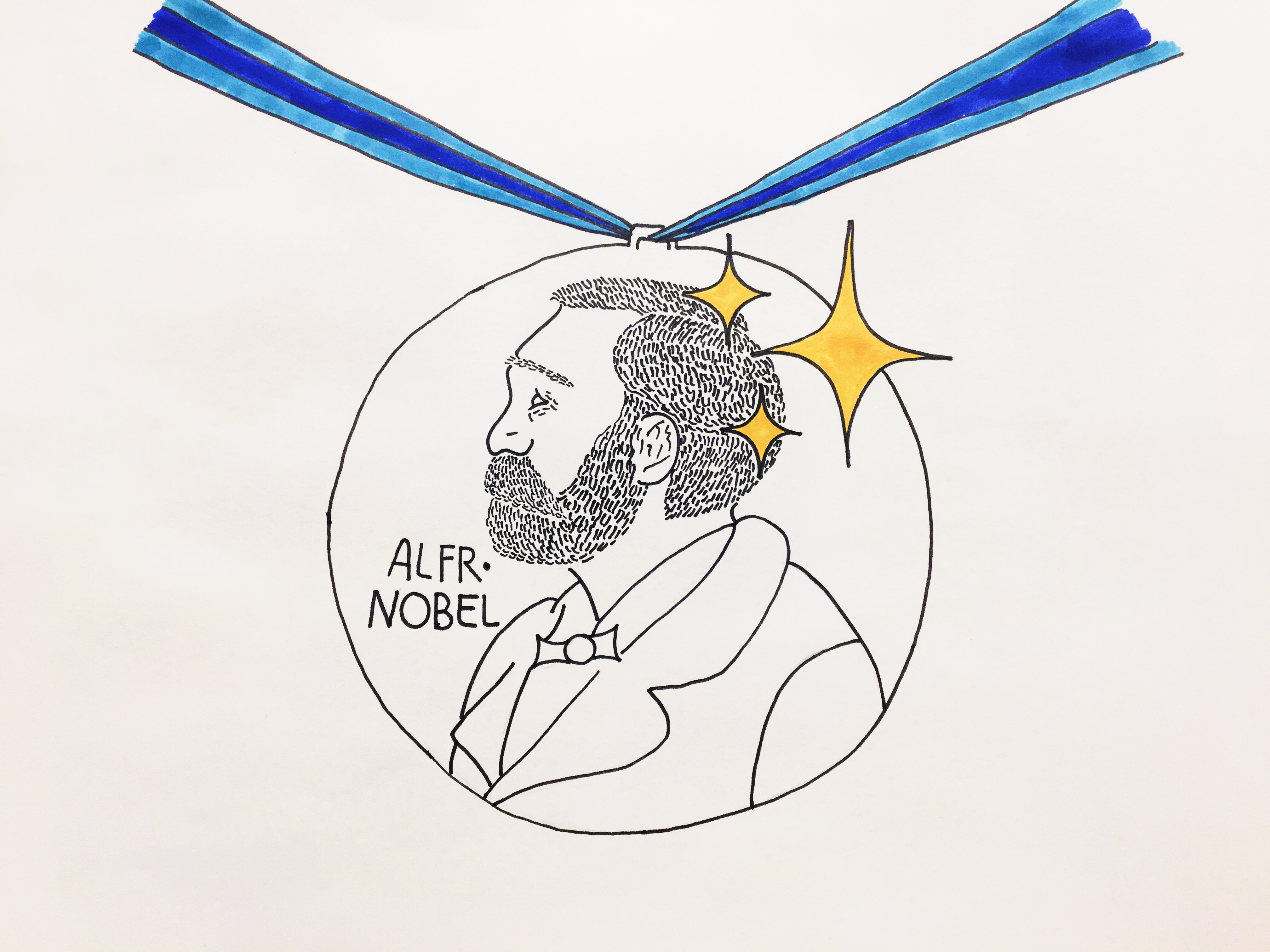 Yesterday I got the chance to meet and talk with Dr. Joachim Frank, who along with two other academics, will be awarded the Nobel Prize in Chemistry tonight for developing methods in cryo-electron microscopy that allow researchers to view the three-dimensional structure of biological molecules.

It was fascinating listening to Dr. Frank.  He discussed his experiments, described the moment he found out he received the award, and explained how President Trump’s policies would affect science.  Although his research laid the foundation for future innovation in his field, even Dr. Frank was amazed that he had won such a prestigious prize: “It was all very unexpected because I’ve been talking about the same thing for years and all of the sudden I speak with authority”!

I was so impressed by his modesty and intelligence and started to realize how people who contribute to academic, cultural or scientific advances are often undervalued in our celebrity-obsessed society.  Dr. Frank had his breakthrough in structural biology in 1975, yet it took about 40 years for him to be awarded a Nobel Prize.  Much of today’s society seems more interested in what actors, reality TV personalities, musicians, models and other well-known entertainment figures are wearing, eating or who they’re currently dating, rather than with those individuals who actually contribute something significant to humanity.

Today, talent, intelligence and achievements no longer play a critical role when becoming famous since modern-day celebrities are the result of good looks or careful marketing.  Celebrity seeks those who are the most willing to shock, cross ethical lines or are the most assertive in self-promotion.  Even those who’ve accomplished something meaningful or have a significant skill eventually end up publicizing themselves to stay relevant and make money.

One possible explanation for this phenomenon is that as more products are launched in the consumer market, celebrities are needed to raise the product’s profile and make it exciting—especially to millennials.  The exaggeration of modern celebrity culture is also created out of a need for drama in order to sell magazines, newspapers and generate buzz on the Internet. There’s a pattern of creating a celebrity and placing him or her on a pedestal, but once this image is created, there’s a desire to destroy and shame the individual as much as possible.  Media outlets are fast to report when celebrities are in trouble, but quickly forget their accomplishments.

When thinking about the pitfalls of pop culture celebrities and the trade-offs they make, I’m grateful for people like Dr. Frank, who are so committed and passionate about their work, that they don’t need instant gratification or the spotlight.  Performing research and experiments in his lab, teaching and contributing to curing diseases, has been Dr. Frank’s mission.  I’m happy he’ll finally get the recognition he deserves tonight.