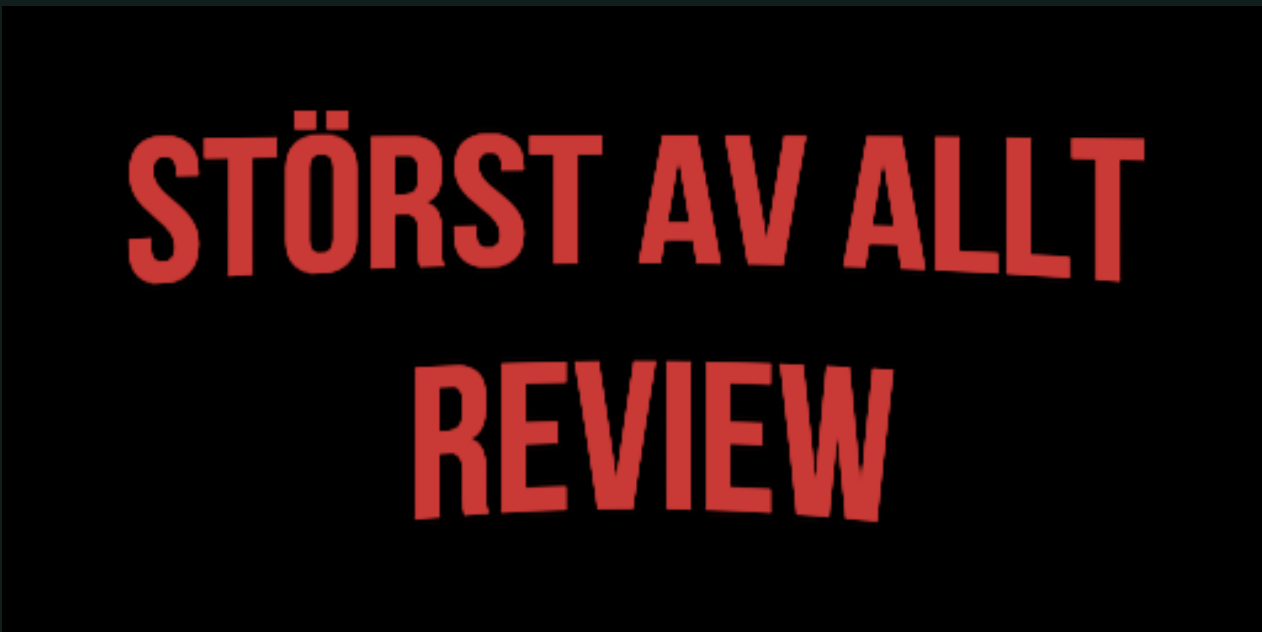 Netflix’s first Swedish TV-show “Störst av allt” (Quicksand) seems like it’s ripped from American news headlines: a mass shooting has taken place at a Swedish high school resulting in one dead teacher and three dead students. The shooting is instigated by Sebastian Fagerman, the son of Sweden’s richest man, who later dies at the scene, but now his eighteen-year-old girlfriend Maja Norberg is on trial for her involvement in the crime. What did—or didn’t—Maja do that turned her from the good girl next door into the most hated teenager in Sweden?

The incident becomes a publicity nightmare that reminds me of the notorious Amanda Knox court case. As the trial proceeds, we look back at the months leading up to the school shooting where we learn about the defining turning point in Maja’s life: falling in love with Sebastian. Sebastian is enchanting but unstable, and as their relationship takes over her life, Maja loses touch with her friends and family who fail to hear her silent calls for help.

“Störst av allt” is partly based on VRG Djursholm and its surroundings. The show is sharp, scary, and skillfully written. I enjoyed watching it and would like to give props and shout-outs to all my friends and classmates who are in it: You all did such a fantastic job!!!

However, I do have a few things I’d like to get off my chest.

The series clearly strives to address Sweden’s underlying racial, economic and political tensions by assigning stereotypical narrative types to the characters. Maja’s parents are sophisticated but clueless and couldn’t be prouder of her being together with the son of a billionaire. Maja is a straight-A student who conforms to all the latest trends, but is naive, careless and can’t stand her ground when it comes to Sebastian. Sebastian is the rich, troubled cisgender male plagued by substance abuse and daddy issues. Samir Said, the highly intelligent, first-generation immigrant living in a housing complex, is ashamed of his family background and socioeconomic status. Finally, Dennis, the only black main character in the show, is, of course, a drug dealer (I mean, as though Djursholm doesn’t have white drug dealers in its circuits!).

Although the series wants to encourage discussion about the historical, political and cultural context of inequality in Sweden, the show’s people of color are exclusively portrayed as drug dealers and immigrants that don’t fit in wealthy environments. When “Störst av allt” offers a distorted representation of the lives of people of color, this negatively affects the public’s understanding related to people of color, which ultimately leads to negative real-world consequences for people of color. This makes it easier for others to perpetuate or discount the many real disadvantages that people of color face. I also find it interesting that if a person of color with a Middle Eastern background commits a brutal crime, media tends to associate this to a violent ideology, ethnicity or religion. However, when a white person, like Sebastian, is responsible for the shooting, there tends to be more interest in his feelings, his mental state, and his personal story.

Why is the series reinforcing stereotypes instead of defying them by creating positive, creative portrayals of people of color? Or why doesn’t the show at least portray white people as woke drug dealers and outsiders, and more people of color as worldly, well-off and confident individuals?

Furthermore, for those that just rely on media and don’t have any direct knowledge or contact with Djursholm, they will think that this is the way Djursholm is.  It’s funny how Djursholm is the spot where people are decadent, drunk and degenerate but also the place where people are accepted into Harvard (Sebastian’s older brother, Lukas). For dramatic effect obviously, various things are exaggerated, and certain elements do ring true, but even an article in Aftonbladet published yesterday explains that behind Djursholm’s elaborate façade, class and racial tensions are strong, drugs are highly visible, and parents are ignorant and absent.

In defense of Djursholm and VRG Djursholm, I’d like to say that I’ve never experienced a party as outrageous as the ones portrayed in the show; there are many more people of color that go to VRG Djursholm from various municipalities; and the majority of people live casual, healthy lives. Racial prejudice, fear of immigration, segregation, unfair class systems, economic disparity, lousy parenting, ethnicity suspicion, and shaky morals are present across all of Sweden. Our politicians and public policy must make real change in order to improve the lives of citizens, and individuals must also take responsibility for their choices and attitudes.

“Störst av allt” is potent and compelling. It tackles sensitive issues in not-so-subtle ways, but the show evokes strong emotions like fury, impatience, fear and an immense amount of sadness—I cried the most watching Amanda’s funeral scene and her mother’s testimony. The show made me question my own instincts as to whether Maja was innocent or guilty and the suspense motivated me to binge-watch every episode.  “Störst av allt” succeeds in sparking debate about present-day Sweden and challenges us, the viewer, to question what role we play in making our country, communities, and schools more sympathetic and nurturing places so that a cry for help is not through the barrel of a gun.